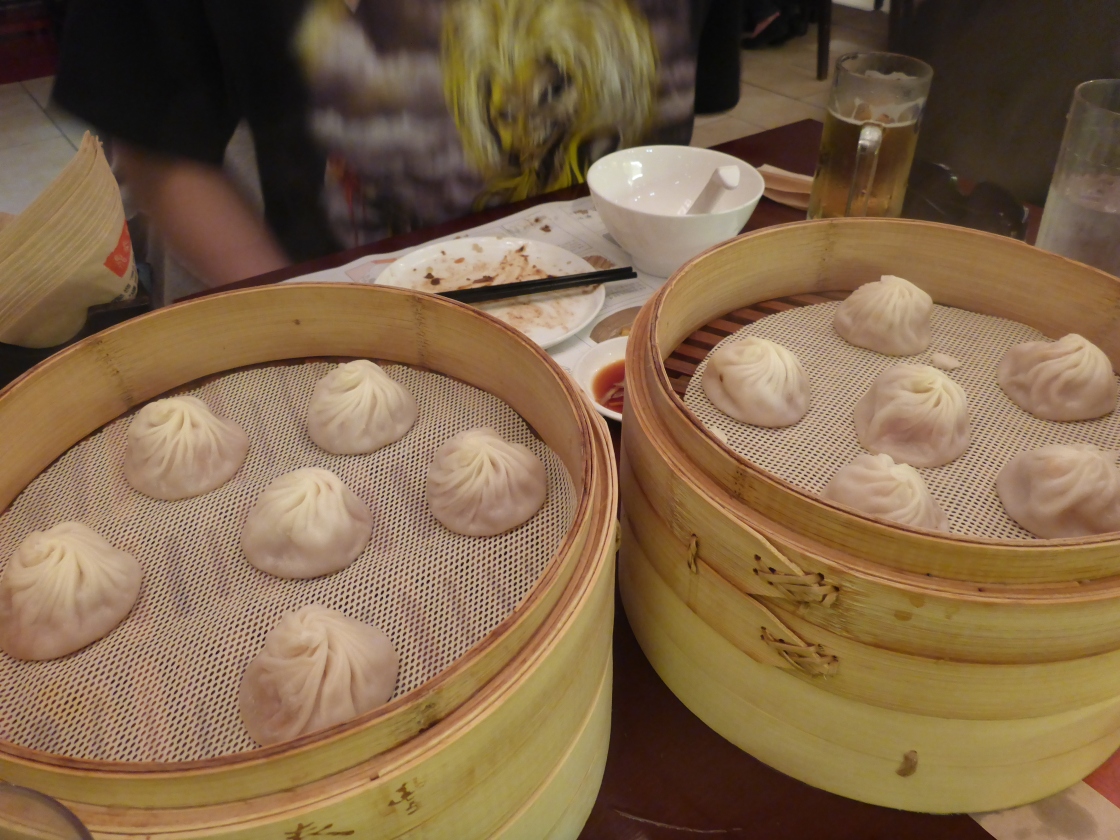 Departure day sucks. I’m fat, I’m tired, I’m broke, I typically have a cold at that point, and I have at least 16 hours of being physically uncomfortable while also dealing with the public ahead of me. Our flight was in the late afternoon, so we were afforded the opportunity of one last meal before the journey began. Our last supper, as it were, was consumed at Din Tai Fung, the uber famous Taiwanese dumpling emporium. I know they have a few spots in LA and Seattle, but, we don’t live in Seattle or LA. So. Off we went.

Din Tai Fung was a well oiled machine; a slick and efficient operation. This probably isn’t the case, but in my memory now, everyone there was wearing secret service type communication devices. Let’s just say that if they don’t, it feels like they do. As we walked in, we passed the dumpling makers, on full display in their assembly production line. The servers duties were parsed out in the same fashion; food runners, drink runners, and the like.

There is a certain lack of warmth that comes with that system to be sure. The overall feel is a bit lacquered, and almost a little formal, which is just kind of odd when you are used to getting your dumplings in some greasy dive in San Francisco’s Chinatown. There were lots of suits and pearl necklaces and things. Dressed up folks eating dim sum was a definite first for me. 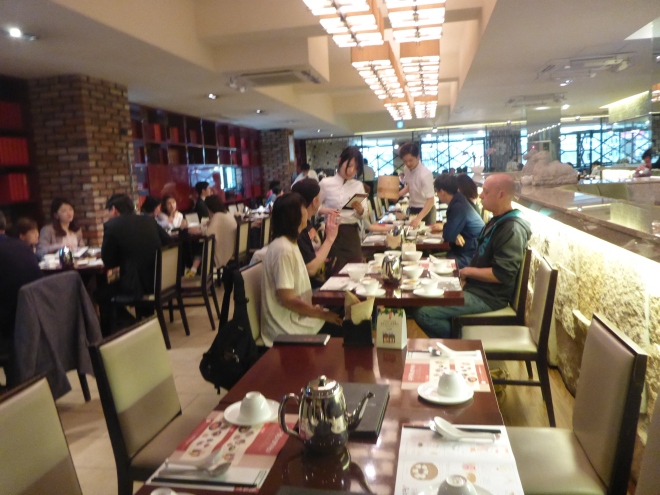 However, having this to stare at while I drank my beer and waited for my food was a bit of a pick me up.

The menu allows for some mix and match dumpling platters. If I remember right you can make a ten piece or a twenty piece arrangement. I can’t tell looking at the photos which is which, but we had veggie, pork & crab, soup. They were all delicious as dumplings are, but really no more delicious than others I’ve had before. 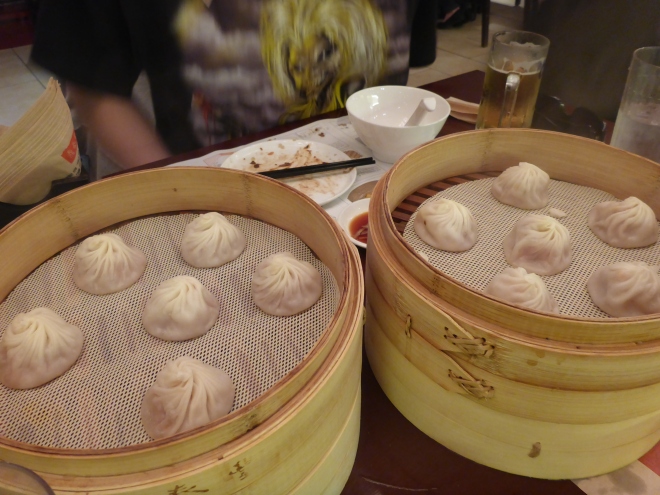 These shrimp and pork wontons with spicy sauce were particularly tasty: 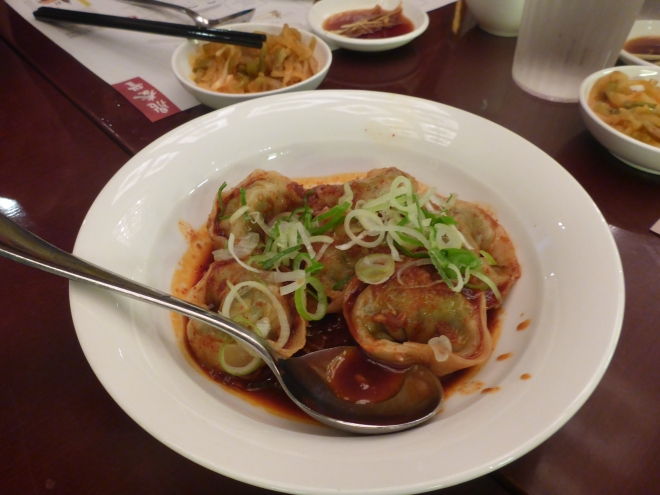 And finally, of course, one last dose of Korean fried chicken, heretofore known as the real KFC: 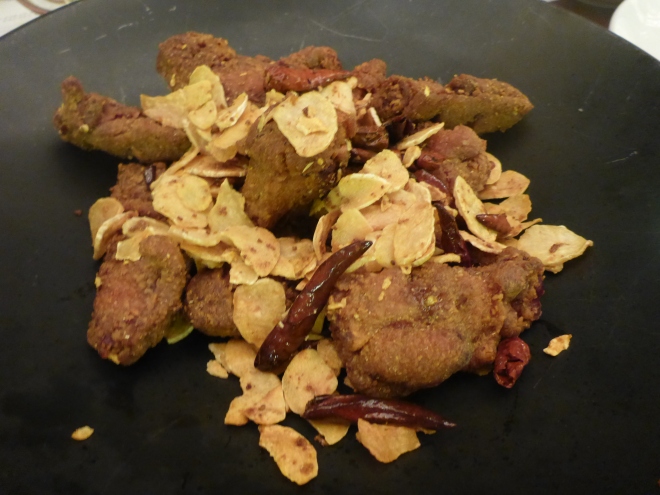 The takeaway from Din Tai Fung is, dumplings are dumplings. I suppose terrible dumplings exist out in the world; I mean, of course they do. But when they are not terrible, they are pretty much same-same. The non dumpling items that we ordered were good, and if they opened a DTF in San Francisco I would surely eat there, but it’s not worthy of a travel pilgrimage; at least it’s not for people who have access to legit Chinese food all day every day, like we do. 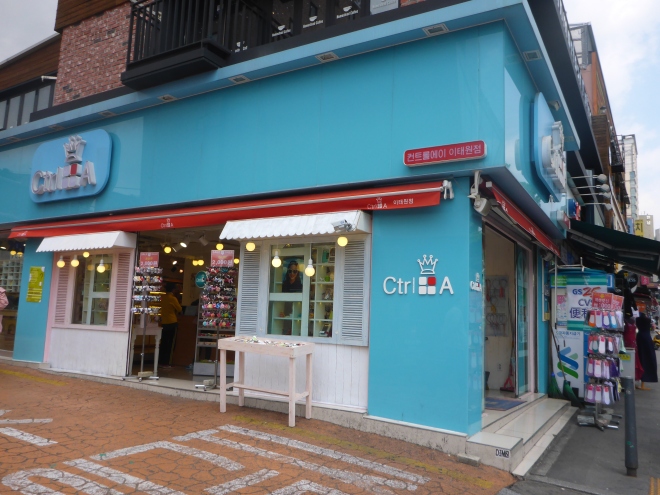 Of course, none of our trips to Itaewon were complete without a stop at Sam Ryan’s. We did a quick round and said our final goodbye’s

And then, with long, sad faces, we went to the hotel and loaded our four backpacks and one rollie full of Korean shopping mana into the private limo bus we ordered, and settled in for the hour long ride to the airport. A word on the limo bus; it was awesome, and the price difference from the airport shuttle was negligible. Or maybe it wasn’t? Who cares? Life was about to get really annoying for a LOT of hours. We needed all the pre-flight pampering we could get.

We relished in our last glimpses of Seoul’s beautiful, modern, architecture:

At the airport, I was in need of a newsstand. You know, like in the states. A place to buy myself a trashy mag and a bottle of water and snack or two for the plane, but they simply do not exist in Incheon airport. At least not in the section we were in. They only place of value was this food court. 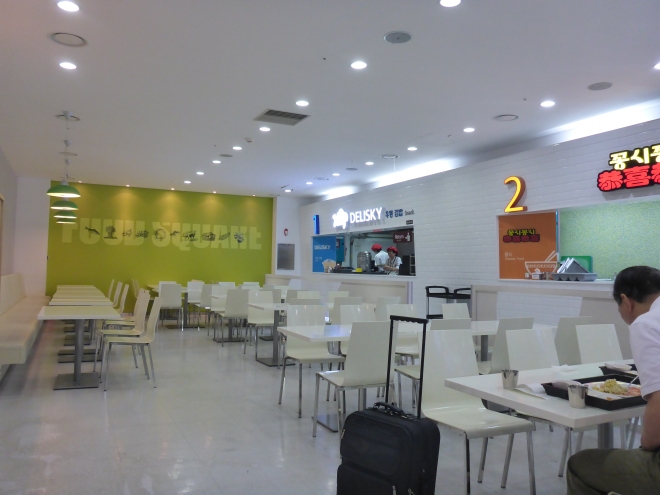 And though, we had just eaten an enormous meal at Din Tai Fung, and had filled up on beers in Itaewon, this was, alas, our last opportunity to eat in Korea. So we did. The food court had numerous options, from which we pieced together this meal:

A pretty yummy and umami rich plate of noodles: 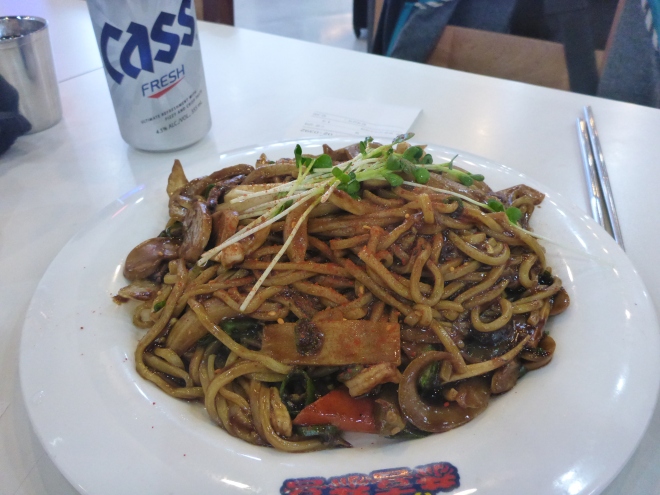 And one last gimbap for old Mike:

The flight home was the antithesis to the flight there. It seemed to take twice as long as it should have, I was wicked uncomfortable (though our seats were the same, I think my body was just so full, and bilious, and the extra weight I’d packed on wasn’t helping a thing, and I didn’t have fun vacation to look forward to), and the food was a total bummer. 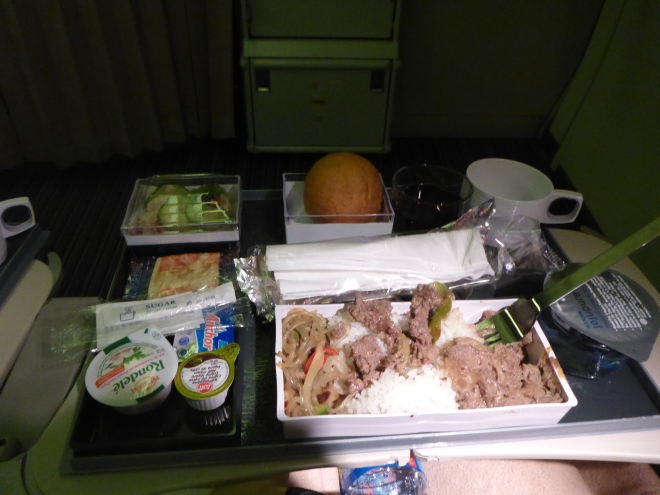 That’s cat food, right? I’m pretty sure that’s cat food. Where I had an It’s It on the inbound, I had this on the outbound: 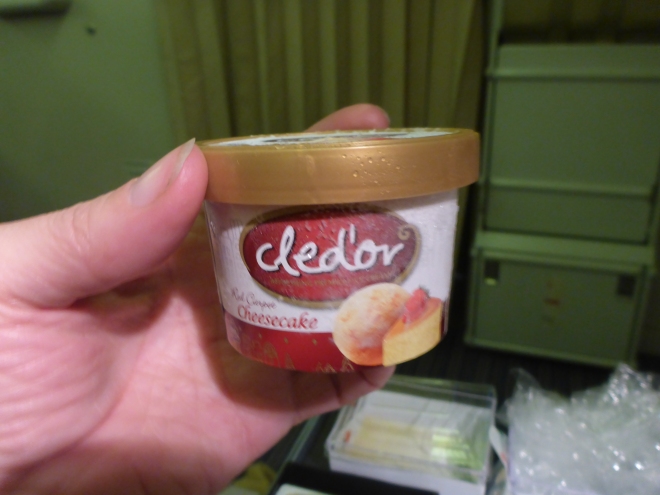 Meh. When is the flight home ever awesome though. I get depressed just thinking about them. Terrible concept, a twelve-hour flight to end your vacation. Terrible indeed.